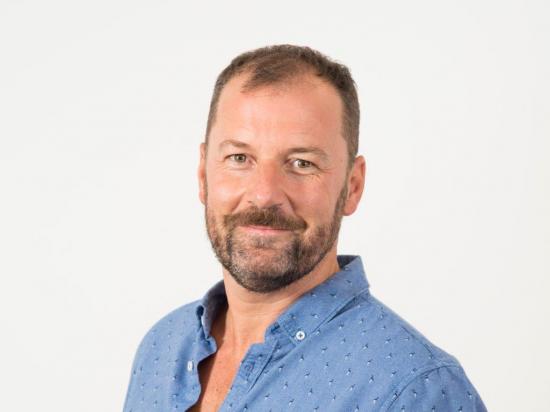 “If every Risk Department had the ability to spend more time on R&D and strategy rather than worrying about basic tasks, the world would be a much safer place” Pedro Fonseca, CEO of CrowdProcess.

It took four years of research and hard work to introduce to the world the first credit risk AI, called James. Built in partnership with the best experts in machine learning for credit risk, James allows risk officers to build, test and validate credit scoring models. The tool is currently used by 21 banks across Europe and the US, reducing their credit default rate up to 30%. CrowdProcess (the data science company behind James) was recognised as the best European FinTech of 2016 after winning the Money2020 pitch competition.

What underpins the impressive success of a relatively young Portuguese startup? I was searching for answers in the open domain, but nothing can be more revealing than a conversation with one of the founders. I was privileged to interview Pedro Fonseca, CEO of CrowdProcess, and happy to share the findings. My personal impression is that ruthlessly working on an idea you are totally devoted to (given that the idea is around preventing major financial crises like the one in 2008) is certainly a solid prerequisite.

You can also find below answers on why James and credit risk officer make a good tandem, when can we expect the mass adoption of the tool, and what is the most fascinating application of narrow AI (apart from finance) according to Pedro Fonseca.

What are the origins?

While working on several research projects, my partner João Abiul Menano (currently CFO of CrowdProcess) and I came up with the idea which ended up to be the backend of James. We started with a few pitch sessions and in a while we have been selected by Seedcamp Accelerator. Suddenly, we found ourselves at the core of the ML scene. Afterwards followed the best part – we had to learn at an extremely fast pace. The work we developed during the following years led to the creation of the first Credit Risk AI. Getting the chance to finally present it at Finovate was one of the highlights of our journey. Yet, what we’re really proud of is being able to help banks update their risk management strategies. This not only benefits banks but also their customers, since non-performing loans have drastic consequences for our societies in general.

My job has an interesting duality since I am both CEO and head of data science. It is very stimulating to be able to alternate between those two roles and it’s also healthy from the leadership perspective to stay close to the fundamentals.

What is the idea behind James?

James is designed to be a member of the team, amplify the risk officer, but not replace anyone. The majority of risk officers – who are very intelligent people with sophisticated backgrounds – are burdened by repetitive tasks and simply don’t have time for creative work. If every Risk Department had the ability to spend more time on R&D and strategy rather than worrying about basic tasks, the world would be a much safer place.

What are the key “competencies”?

James is capable of four things: building advanced credit scoring models, deploying those models into production, validating and reporting to the regulator, and monitoring them in real-time.

What is beyond James’s scope?

Let us say a risk officer needs a new model for car loans. We have a history of car loans and we need to set the features for the model. James is really good at testing those features but not at choosing them. Another good example is a trade-off between a very powerful and a simple model. James can recommend a bunch of models but the ultimate decision is taken by the human. Machines know what only lies within the scope of their data and there is no way for now and at least for the following 20 years for a machine to come even close to the level of human cognitive intelligence.

How can James evolve?

Our goal is to have a solution that can start to learn by itself what are the most important things bank should be monitoring and proactively adapt to the regulator’s recommendations.

What is the level of adoption in banking & lending space?

I have been positively surprised with the reaction from the banks and large lenders. Except for a couple of cases where a bank can be in a slightly complicated state, the vast majority has demonstrated readiness to adopt. We are expecting mass adoption during the next couple of years.

How many banks have already “hired” James?

21 lenders (both banks and non-bank lenders) across Europe and the US are already using James and we are planning to expand to other markets in the short run. The process of adopting the local regulations and making James compliant takes some time. Apart from this nothing prevents the tool to be deployed globally.

What is the competitive landscape?

At the moment, we consider SAS Enterprise Miner to be both our closest peer and competitor. As the solution grows, we are starting to realise that we’re providing a more accessible way to start using advanced modelling techniques.

What are you most proud of? And what was the biggest challenge?

Both are actually the same thing. Helping a couple of clients to avoid a large number of defaults with a piece of technology gave us a spectacular feeling. Yet it was an extremely challenging task.

Who are the key contributors to the ML space development?

Andrew Ng is one of the biggest contributors globally not only because of his research but also because of his course work. I am also a huge fan of Andreas Muller and Olivier Grisel, who have started one of the biggest ML platforms that is extremely easy to work with. And I would also mention Wes Mckinney, who has created a software library for the Python community for data manipulation and analysis to facilitate the data pre-processing issue.

What application of ML do you find the most fascinating?

One application is using ML to help humans to learn online. I find that absolutely fascinating since if applied upscale, we could have robot teachers throughout the world generalising the ability to learn for everyone. It can obviously have a tremendous impact on our social and economic development. Another one is related to finance, where narrow AI is capable of adding a huge amount of economic value. That is actually the reason why we stayed within the finance space and it is connected to the sheer impact you can have, in our case avoiding NPLs and fraud.