A year passed since a young man named Christopher Pumpkin (a.k.a “Napkin”) received the Nobel Prize for saving the planet from global warming. As time has passed, however, the camp of his opponents has grown, since he has been blamed for the emerging Paper Chaos. SMEs, corporations, banks, and homes… the planet was now drowning in paper.

Twists and Turns of Accountancy

Thursdays were awful for Kevin. Maybe because he didn’t like octopus, and his wife would cook it every Thursday. Or maybe because every Thursday he experienced the same taste of bitter disappointment again and again — losing a game of chess to Deep Mind. Thursday was also the day that, on a weekly basis, he had to count the number of Bitcoin napkins (further  BTC-napkins) he’d accumulated — and thus identifying his place on the Fortune 100 list. It was a hellishly exhausting procedure. Step 1: Packing the BTC-Napkins into bundles. Step 2: Delivering them to the nearest branch. Step 3: Counting until you have nausea, and your eyeballs roll out of your head.

He was determined to change at least any of those three things poisoning his Thursdays, no matter what it would cost him.
“Good morning, Jamie!”
“Good morning, Kevin! You’re earlier than expected. How are you today?”
“Fine, I suppose,” Kevin replied. “The only thing that bothers me, of course, is that I need to undergo this hellish torture on a weekly basis.”
“Well, I can certainly understand that, as well as the rest of our 8 million clients who have to deal with the same difficulties,” said the CEO of the bulge-bracket bank. “We cannot escape from the inevitable, however. Let’s get started then, shall we?”

Kevin, along with several bank employees, as well as the help of the CEO himself, embarked upon the task at hand. A compliance employee was called for help. Even the cleaning woman and a guard couldn’t bear to leave people in dire straits, and they rolled up their sleeves and pitched in as well. As usual, they first were counting in their heads, later writing it down on the paper, and then later still writing on walls and in fact on every single object and surface they could find — even on their own bodies… Yes, it was exquisite torture.

Meanwhile, a geeky young gentleman in old-fashioned grandpa glasses went about repairing an IBM computer nearby.
“You there, young fellow, don’t act as if you are invisible,” said Jamie. “Join in and help us to destroy this army of paper monsters!”
“Sir, with respect, I am here for quite a different reason,” replied the young bespectacled man. “I have got something, however, that might be of great interest to you. It’s a magical software program that will disrupt your accountancy. Please have a look”
“Son, first of all, don’t use the word disrupt. I’ve hated it ever since the moment Bitcoin arrived on our planet. Help us and  maybe afterward we will talk…”

The young man agreed and started counting. In several hours’ time the process was completed, and they all sat down to a much-needed drink. They began to chat, the young man all the while holding out for his promised chance to speak, anxiously waiting for his shining moment.
“Well, what can I say, you are 0,01 BTC richer than you were last week, Kevin,” announced the CEO.
“Jamie,” Kevin replied earnestly. “I am not chasing wealth. I simply love my job and I love that people love what I do. What about you, though? How do you feel about all this? You have never liked the idea of Bitcoin, right from day one. I don’t imagine you can have much tolerance for this new method of payment.”
“I myself would rather prefer to leave it, and to do nearly anything else,” Jamie replied. “Anything that wouldn’t remind me of the day when Bitcoin destroyed the existing payment paradigm. But, I can’t escape from it. Anywhere and everywhere I go, I see BTC-napkins… and I am tired of resisting the system, and I realize I won’t beat it by myself.”

“The system… It’s a ridiculously complicated, time-consuming, and laborious method of counting, and a terrifying waste of paper, this inability to count napkins on distance. And it’s just the beginning… What will become of our trees? At this rate, soon they’ll all be gone!” Kevin exclaimed with a hint of despair.
“Honestly, I have no idea… We need another genius on board,” said Jamie, narrowing his eyes.
The young man felt it was the right moment to speak — otherwise, the opportunity might slip away.

“That’s exactly the matter I wanted to talk to you about,” he said. “Would you welcome a tool that can help you excel in your accounting tasks? Counting the BTC-napkins for you, while you are saving your precious time and concentrating on more strategic issues?” And the young man looked at them all, adjusting his glasses.
“Excel, you say?” asked the banker.
“Yes, you may call it excel,” was the confident reply from the computer genius.

A magic tool was demoed to a reputable banker and a coffee millionaire that day. Afterward, more talk was simply needless. It was a simple yet beautiful solution to the global problem.
That Thursday was a very lucky day indeed, as it happened, and the octopus was genuinely delicious.

SDK.finance is your secure technology partner in the FinTech World! 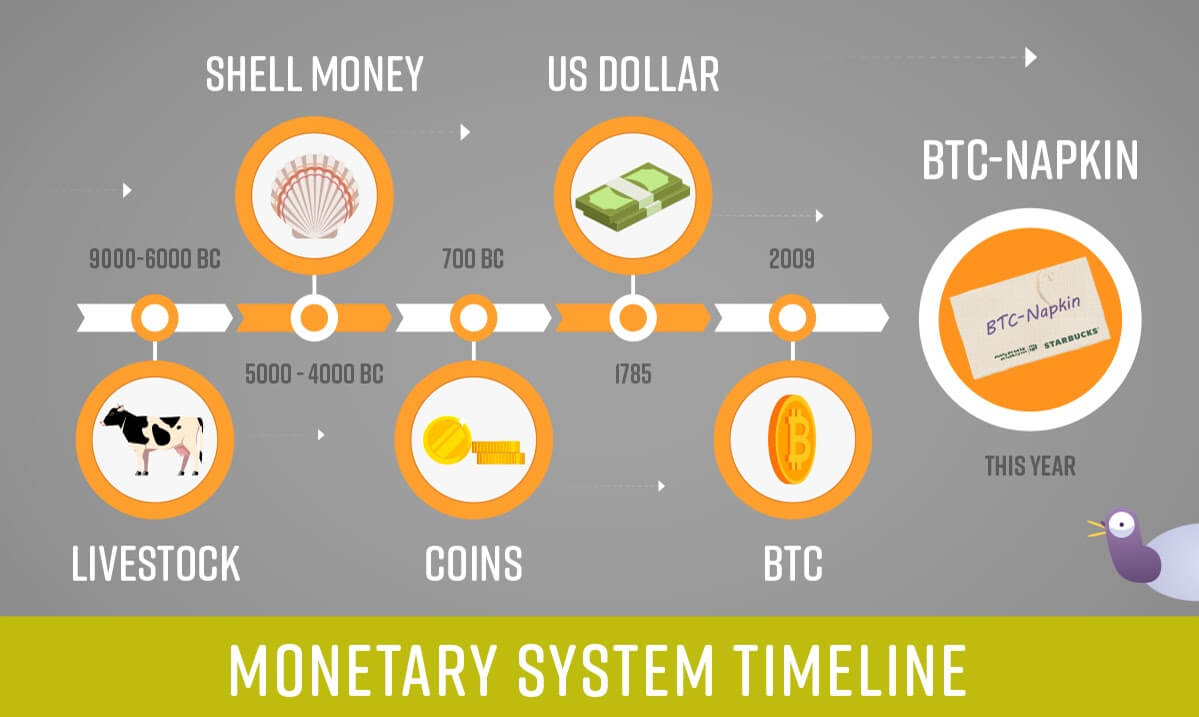 Bitcoin. Back to the future